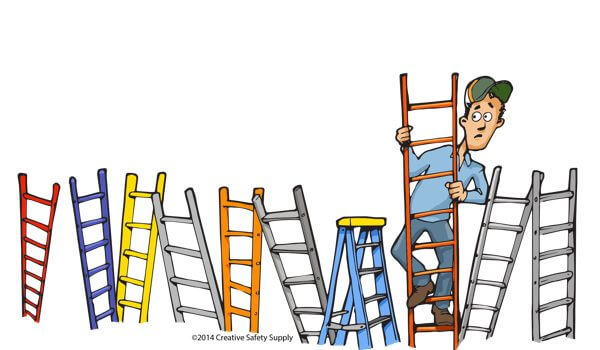 Ladder safety may seem like commonsense, but too many people suffer annually because of ladder accidents related to misuse. Each day, about 2000 people in the U.S. are injured in ladder-related accidents, and many of those injuries are debilitating.

To raise awareness about the prevalence of ladder misuse, the Ladder Association, an industry organization in the United Kingdom, holds an annual contest called Idiots on Ladders on its Facebook page. Facebook users from all over the world can submit photos of people using ladders inappropriately. Experts then review the photos and select the most dangerous ladder situations to post on the Ladder Association’s Facebook page.

The public has the opportunity to vote for the worst ladder misuse photo through December 31, 2014, by “liking” that image on Facebook. So far, this has been the contest’s most popular year, and nearly 50 photos have been posted for the voting round.

The contest runs in conjunction with the Ladder Exchange, an annual campaign from September through the end of the year that allows people to take their old, unsafe ladders to participating partners in the U.K. and trade them for discounts on new ladders. The Health and Safety Executive (HSE), the equivalent of OSHA in the U.K, first started the Ladder Exchange. The Ladder Association took over the campaign in 2012.

Both the Idiots on Ladders contest and the Ladder Exchange aim to demonstrate how common and dangerous ladder misuse can be. People tend to assume they know what ladder safety is, but then go ahead and make unsafe choices to get the job done. No one thinks accidents will happen to them. In many cases, proper inspections aren’t performed regularly on ladders either, which can lead to unforeseen accidents. Ladders need to be in good working condition before any job can begin.

The Ladder Association advocates knowing what type of ladder to use and how to use it:

Ladders are not banned in the workplace, so if it’s right to use a ladder, use the right ladder and get trained to use it safely.

Achieving this isn’t too difficult if you educate yourself and your employees about ladder safety. Many training resources exist that can assist you.

After receiving training, you or your workers should be able to perform tasks using ladders more safely. To do so, first select the appropriate stepladder or extension ladder for the job. You’ll need a ladder that gets you to the needed height without requiring you to stand on the top rung or step.

Before using the ladder, you should always inspect it to make sure the rungs, joints and feet are all functional.

While using the ladder, make sure to follow important rules such as keeping your body weight inside the frame (don’t lean to the side), maintaining three points of contact with the ladder and not carrying tools in your hands while climbing the ladder (use a tool belt). Take a look at the infographic below for a more complete list of ladder safety guidelines.