Although the Globally Harmonized System of Classification and Labeling of Chemicals is not a legal requirement, many countries are choosing to adopt this new standard because it simplifies the transport and storage of chemicals. Those involved in the chemical trade will no longer need to create multiple labels and information sheets to sell their products to more than one country.

The chemical business worldwide amounts to more than $3 trillion annually, and in the U.S., it is a $750 billion industry, meaning hazardous materials are traveling worldwide and prior to GHS, the same hazardous chemical was likely to have different classifications, different standards, and different regulations. This discord of hazard communication was dangerous, and GHS had the goal to reduce cost and improve compliance.

GHS development began at the 1992 Rio Conference on Environment and Development by the United Nations where it was decided to create an internationally standardized classification and labeling of chemicals. GHS is not a law, but rather a common infrastructure for countries to use when developing or implementing a hazard communication standard. OSHA has since aligned their HazCom Standard with GHS and workplaces are now required to comply.

Consider the fact that OSHA estimated that the implementation of GHS will save the country $585 million annually in productivity improvements and $266 million related to reduced safety risks; the changes definitely seem more than worthwhile. Additionally, the changes will prevent 43 deaths and 585 work-related injuries and illnesses in the U.S. each year, according to OSHA.

Not all countries will adopt the GHS standards in the exact same way, but the UN does mandate that countries use the same basic components of the standard if they choose to adopt it: hazard classifications, safety data sheets, and labels. As of 2017, it is estimated that GHS has been adopted by nearly all major counties in some degree with 50 countries passing legislation aligned with GHS and 15 countries carrying out partial implementation.

The following countries are participating in GHS: 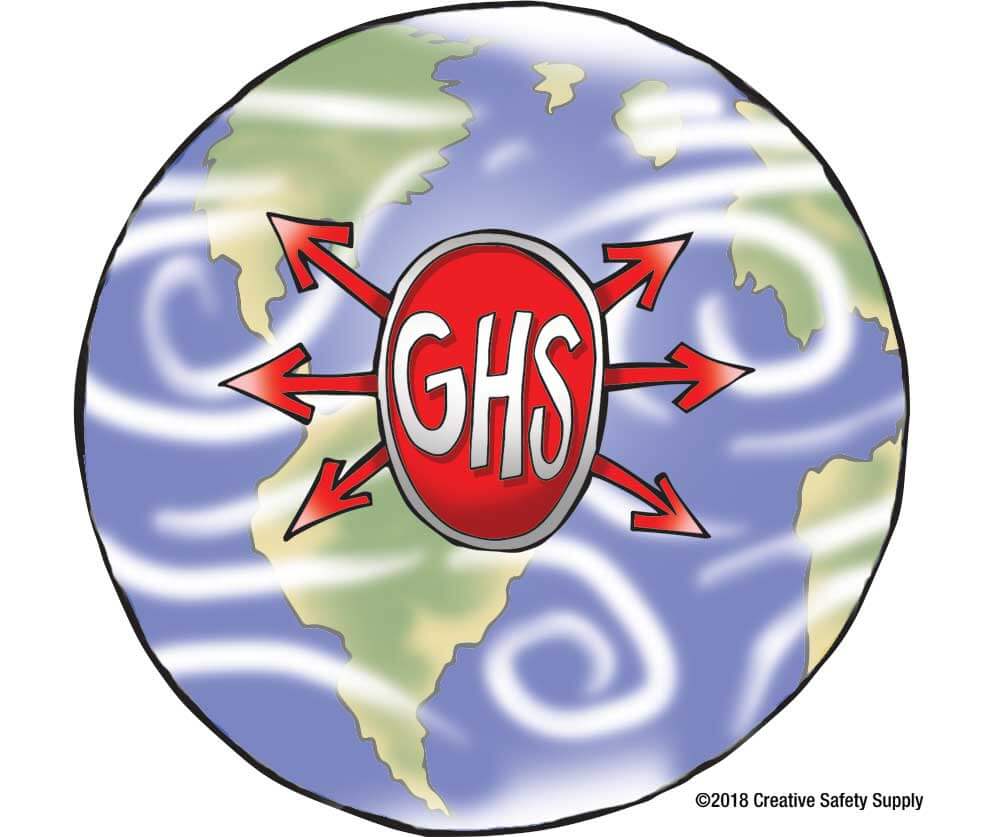